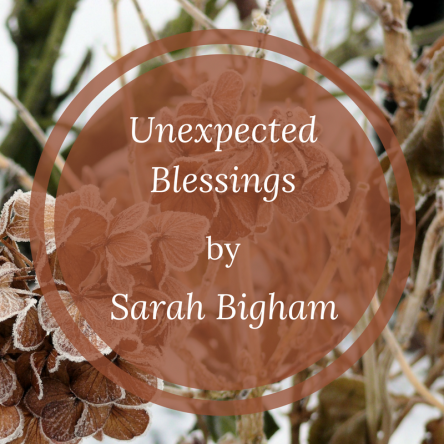 In times of stress or disillusionment or small-mindedness or general grumpiness I try to summon my inner Mister Rogers and look for the helpers, the good in the world. So often it shines through in the seemingly small acts people do for the ones they love.

At Target I walk past a mother-daughter pair doing last-minute shopping for a first-year college dorm. The cart is full and they have nearly completed their list, needing only to select a rug before making their way to the checkout register. The mother’s supreme efforts to be supportive are fading, and the teen’s frustration with her pre-launching status is building. The daughter has unearthed a fluffy, pure white rug and declares it “perfect” as she thumps it into the cart. The mother, with a sigh, says, Pure white – a pure white rug – are you SURE that is what you want – there are others. . .? I follow her gesturing hand to the industrial shelving holding patterned rugs in dark shades that scream “practicality” for a dorm room with a floor that the mother and I both know will be covered in snack crumbs, nail clippings, beverage stains, pen caps, cheap jewelry parts, smeared makeup, and detritus of all kinds by next May. But the daughter has already turned away, striding toward the cashiers in her flip-flops, secure in her rug-selecting prowess. The mother gazes at the back of this much-loved creature, who has grown up in an instant, and leans her weight forward to move the laden-down cart behind her child who is blazing her own, perhaps impractical, but definitely independent trail.

I imagine that rug will feel exceptionally nice on bare feet – significantly better than old, cold linoleum or industrial carpet.

I walk toward the side door of our house after a long day at work where my own independence is regularly tested. Of course, it may simply be that I have a problem with authority. I did not wish to bring home the folders that are stowed in my roller bag, but there really was no choice. I do not like having a roller bag, with its whiff of middle age and pragmatism, but it allows my aching joints to have a break. I did not want to sit through a meeting providing information I neither particularly needed nor wanted. I feel my muscles tighten as I think about what I could have accomplished without the meeting. And then I walk in the door. My wife is making dinner, chicken curry with our favorite brand of sauce, small pieces of naan that can be toasted (toaster naan – a true revolution in cookery – I smile just thinking about it), rice, and green beans.

I know I lucked out. I found a wife who likes to grocery shop, something she does methodically. The green beans she selects are the pre-washed kind that can be microwaved and ready in minutes. But she knows I don’t like microwaving things in plastic, so she is cooking them on the stove. The small red pot is ready and waiting. She also knows that for reasons I find hard to articulate, I cannot stand the tattered ends of these pre-prepared vegetables, removed via some mysterious process that makes the beans look as if they have been ravaged by squirrels intent on chewing the end of each and every bean. My wife is standing in the kitchen with a cutting board and knife, patiently slicing the ends off each bean to create the smooth end I prefer. And when I clean up after dinner, I will load the dishwasher in the manner that she prefers, and that I have learned, because I have no strong feelings about how one should or should not load such an appliance, but she does, so I do it her way because it means a lot to her. This is love.

Years ago, there was a boy in my life. We were together for five years, although the exact tally is rather hard to calculate because he left me many times. After saying it was not working for him or he needed time or he thought we should see other people or he loved me but was not in love with me or he needed to explore the world and think, he would leave. I never left. I was always there. And he always came back. And each time I hugged him, told him I missed him, and went on loving him. Until he left the final time. Although I had no way of knowing it was the last time I would ever see him.

I was used to his goodbyes. I always thought he would come back. Like he had done so many times before, driving in to see me from many states away or simply walking across the street. I went on with my life and did my own thing, but held cupped in my chest the idea that he would come back again, that perhaps the distance was simply greater this time, and harder to navigate. Then I spoke with him, hearing that familiar voice and distinctive accent, feeling my heart open once again. Until he said he needed to tell me something and I knew in that moment my life had utterly changed. He was getting married. I don’t remember what I said. I hope I was gracious and kind. As a gift, I made a donation to St. Jude’s, in his honor. Perhaps it should have been in mine.

Every few years we are in touch via email. He found the right woman, and then so did I. He sounds happy and content and settled, and has expressed genuine regret for the hurt he caused. I have forgiven him, like I forgave him every time before. Because I loved him so.

But I cannot say I was fully healed. Forgiveness does wonders, but being left so much made me question a lot about myself. Then I had a dream. A dream where he came back to me. Finally. Not in a relationship sense. He wasn’t leaving his wife and I wasn’t leaving mine. But he brought back things I had not realized were missing.

I give a piece of my heart to those who touch my life. There are so many pieces and so many people to love. It is effortless on my part. I have never learned to cut myself off or guard my heart or wait for others to tell me they care about me first. When we have a regular connection, I do not miss the piece I have shared with them. Often, it has been filled, at least partially, by the piece they have given to me. But when they have gone, on foot or from the earth, the shapes of the missing pieces throb. With time, the aching calms as solder binds the cracks, part of the stained-glass creation happening throughout my life. This is grief, my style at least.

All that time I imagined this boy had a piece with him, a large piece perhaps, but just one. However, it seems there were many, for all those times he left, toting a part of my heart with him. The missing shards had been largely healed with time and the ever-true love of my wife. But small holes still remained.

In my dream, he walked ahead of me until I recognized him, from the jean jacket he used to wear nearly every day, and the scent of Irish Spring soap. He turned and smiled, and held out his hands. He was carrying all but one of the pieces with him, returning them to me. The final piece is part of him. He loved me. He loves me still. Not in the way I had long ago hoped, but in a way that makes the world a better place, and both of us better people, and better spouses to our mates. I am grateful for what he taught me, lessons I am learning even now, so many years later. The rational part of my brain knows it was a dream, but my heart knows differently. And my heart is glad, for the joy I have found in my marriage.

I have found a woman who loves me and will never leave on purpose. And I come home to her, chopping the ends off of green beans, because she knows it makes me happy.

Sarah Bigham lives in the United States with her kind chemist wife, three independent cats, an unwieldy herb garden, and several chronic pain conditions. Her work has garnered a Pushcart nomination and appears in a variety of great places for readers, writers, and listeners. Find her at www.sgbigham.com.