With this Sunday being Father’s Day here in the United Kingdom, I’ve decided to have a look back at some memorable father/daughter relationships within literature. I say memorable rather than powerful or strong, for example, as we know that quite often ‘daughters with daddy issues’ becomes a weak fall-back for many writers. This is particularly prominent in crime, thriller and historical fiction stories. Nevertheless, these literary relationships can be tastefully done and memorable; so here is my Father’s Day inspired list.

Could I really compile a fathers/daughters in literature list without including this charming classic? Atticus is the supportive, caring, intelligent father that many of us wish we’d had, and it is clear that Scout’s intellect and honesty stems from him. The relationship that Lee gave them is rather unconventional for 1930’s America, but it also helped show a different side to the strict, obedient and one-sided image many people had of the rural Southern communities. Scout felt comfortable enough to be herself and ask questions about the world she was navigating, something that Atticus supported wholeheartedly.

Described as “barely visible” and an “unspecial person”, Liesel’s foster father Hans Huberman actually gives her arguably the greatest gift of all – he teaches her to read. This seemingly simple act fuels the rest of the novel, and Liesel – and the reader – have a huge respect for him. His humble and giving nature is inspiring and underappreciated; from hiding a Jew in his basement to silently resisting the Nazis, he is a man with a big, big heart. He is a positive role model for young Liesel and teaches her to appreciate the little things (as well as good morals) in the dark times they live in.

The entire series of Harry Potter is full of memorable father/daughter relationships – from the supportive yet distant character of Hermione’s muggle father, the wacky, lovable figure of Ginny Weasley’s father Arthur, to the almost unstoppable force of Luna Lovegood and her father, Xenophilius. It seems J K Rowling wanted her female characters to be surrounded by father’s who loved them and who would, ultimately, do anything for them. Each relationship in the above that I’ve mentioned is different and equally interesting. Each woman is powerful and independent, no doubt encouraged by their positive family dynamic.

On the other hand, there are few of us who wish for a father like the cruel and twisted character of Harry Wormwood; in true Dahl style, his name matches his personality. Yet this greedy and fiery man is tricked countlessly by the heroine of the book – his daughter Matilda. Dahl’s book speaks to the ‘out of place’ daughter everywhere, and also gives hope that we won’t always (thankfully) end up like our parents. Matilda uses her unique abilities to get her through the struggles of everyday life at the Wormwood’s, recognising that the corrupted views of Mr. Wormwood is not something to model herself on.

Written a year after the iconic The Bell Jar, shortly after she moved to London and just a year before she tragically died, there is no doubt that the dark, controversial and at times surreal images in the Daddy echo Plath’s own thoughts. The poem is a daughter talking to her dead father, trying to come to terms with the man he was. She is a victim of his powerful devices – he was reportedly a Nazi, and she compares herself to the millions of Jews who were killed under their hands – yet she also acknowledges that she admired him at a young age. In Plath’s own words: “Her father died while she thought he was God…She has to act out the awful little allegory once over before she is free of it.” It is a spectacular read that leaves us with a fascinating insight into the Electra complex. 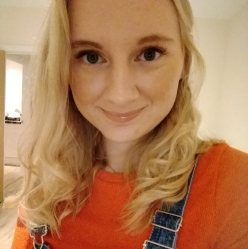 Mariah is a blogger and creative writer from Norwich, UK. She is currently working for the local newspaper, managing their social media. She primarily writes creative non-fiction and blogs about feminism, mental health and travel, among other things.
Website – www.mazzingtheworld.com
Twitter – @mariahferia_x
Facebook – facebook.com/mazzingtheworld
Instagram – @mazzingtheworld
LinkedIn – linkedin.com/in/mariahferia