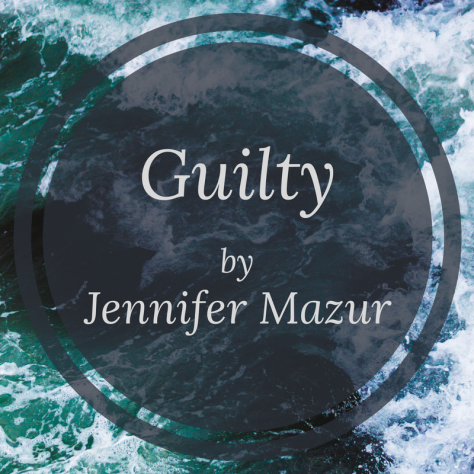 I was the last person to see him alive.

It was a typical Friday night. All of my friends were at the football game, and I was working my usual shift at Burger King. Somehow I was the one poor kid in my peer group that had to work, it wasn’t just for character building. There I was in my navy blue pressed cotton pants with the ankles rolled up, my Kelly green collared shirt, my topsiders with white socks, visor, high ponytail, and crisp name tag. I was leaning on the sticky counter waiting for the rush of sweaty, excited people from my high school and the rival school to mingle and jostle for chicken tenders and shakes. I was bored. My manager was bored. We both smelled like French fry grease and grilled meat.

Tony walked in alone. He didn’t see me at first, and wandered over to the salad bar. He turned, after surveying the wilted greens, and lumpy dressing and said, “Hi, Jenny”. I was happy for the distraction. We chatted at the counter about our mutual friend, Rosalyn. He had a crush on her. We all attended the same church, twice on Sunday, and once on Wednesday night. We didn’t see each other much at school, but our youth group was small, so we knew each other pretty well. Something seemed off. He was fidgety, and had a sheen of perspiration on his face that didn’t fit the cool, fall weather. I wasn’t sure why he was alone, and not at the game. Roz played clarinet in the marching band, and he liked watching her in her white and blue uniform. I didn’t bother to ask.

He ordered a Whopper Jr. with no mayo, and a side of onion rings. He sat alone at a table I had just cleaned, and looked morose when he didn’t think I was looking. I had time to go sit with him. I had time to chat. My manager was in his tiny office reading a comic book, feet propped on his desk, and wouldn’t have cared either way. I knew something was on Tony’s mind, but the shyness, when I’m being kind to myself, or the selfishness when I’m not, kept me from sitting with him. It would have been easy. I was polite, I was friendly, but I didn’t want to have a deep conversation in my uniform that showed everyone that I wasn’t the carefree, or supposedly carefree, teenager that they were.

As I was coming back from the stockroom to refill the ketchup dispenser I saw him going toward the door. He gave me a weak smile, and nodded his head in my direction. I smiled back. I didn’t think about him again because a wave of customers crested through the door. The night was a blur of ringing in orders, dumping salty fries under the heat lamp, and taking down the shake machine that always leaked strawberry syrup on the floor.

The next morning Rosalyn called me. She asked if I’d heard the news. I hadn’t. Tony had crashed into a tree. The tree was one block from my Burger King. He was dead minutes after he nodded and smiled at me. We didn’t know until later that he had drugs in his system. He had also been depressed. No one said suicide, and maybe it wasn’t. It may have just been a terrible accident that happened to a sad 17-year old boy. But my mind won’t let me think that. I saw something that night in Tony that made me pause. I saw something wasn’t quite right. It could’ve just been the drugs, but I don’t think so. He wasn’t himself. Did he know somewhere in his mind that that was his last meal? Was he prolonging the evening by trying to make a connection? Am I reading way too much into the situation because I was changed by knowing that I saw him last? I wish I had sat with him. I wish I had let my guard down instead of being embarrassed that I was working. I wish I had made him wait even a few more minutes, because if it was an accident then maybe it wouldn’t have happened. And if it wasn’t an accident then maybe talking would have helped, or delayed his destructive thoughts. I don’t know the answer. I only know that I feel guilty for not having listened to my gut about him. I think about him even now, so long down the road from that night, and it marked me. It may be hubris to think I could have changed anything. It may be, but maybe not.

Jennifer Mazur is a teacher, writer, and otter enthusiast who lives in a small city in Florida. She works at a local college while raising her kids and rescue cat. She enjoys poetry, memoir, and creative nonfiction. Her work has recently been featured at SixHens, Foliate Oak, and Borrowed Solace. Connect with her on Twitter: @jennnyojennyzojo