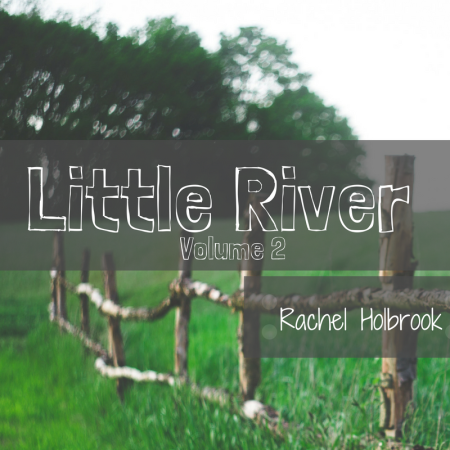 “Thanks for meeting me,” Brady’s voice sounded tired.

“Of course,” Titus answered, taking a sip of the beer the waitress had just set in front of him. “What’s going on?”

“I just wanted to talk.” Brady shrugged, tasting his own drink. “It’s been a while, Man.”

“It really has,” Titus agreed. “Too long. Knoxville is not that far from Little River. It shouldn’t keep us from hanging out.”

“I know. I’ve just been so busy.” Brady paused for the waitress to set a basket of wings in front of them. “How’ve you been?”

“Same as you,” Titus shrugged. “Busy. The new firm is running me ragged.”

“They’re good. Caleb’s going to spend a month in Little River this summer.”

“Yeah,” Titus nodded, “he’s been pretty down since Megan broke up with him.”

“What happened with that anyway?”

Titus shrugged. “They’re sixteen and she lives two hours away.”

Brady took a big swig of his beer before saying, “I guess I’m not the only one having girl problems.”

“You sound like a girl,” Titus teased. “Should we go get a manicure after we eat?”

“Shut up,” Brady grinned. “You’re supposed to be sweet and sensitive . . . in tune with my feelings and stuff.”

“I guess so,” Brady couldn’t help but smile despite his mood, “’cause you’re a jerk.”

Titus shrugged, his mouth full of chicken. Swallowing, he asked, “So what’s wrong? I thought things were going well with Lexi.”

“Things aren’t going at all with Lexi,” Brady said, his smile disappearing. “She called it off for good.”

“Me, too,” Brady drained his glass before adding, “I thought it was going somewhere.”

“Nothing, really. She just decided it was too complicated because of Dalton. Brittany even went and talked to her, told her she would tell Dalton that Lexi’s his aunt. The whole nine yards. She was happy about that, but said we were done. I went by and saw her last week. She was nice, but didn’t even let me come in. Told me on the doorstep that she didn’t want a relationship right now.”

“That sucks.” Titus wasn’t joking around anymore. He could see how sad Brady was. “Maybe you smothered her?”

“There’s other fish in the sea, you know.”

“It’s true. Lexi’s not the only girl around.”

“It’s not that I’m desperate for a girlfriend,” Brady’s irritation at the insinuation caused his cheeks to flush bright pink, “I just really like her, Man. I have for . . . forever.”

“I thought it was going somewhere.”

After eating in silence for a few minutes, watching the game on the overhead television, Titus asked, “How’s your dad doing?”

“Still forgetting who people are?”

“Dang.” Titus sighed. “You’ve got a lot weighing on you right now, don’t you?”

Brady nodded. “At least business is good. I can’t take Dad with me anymore. He’s gotten too bad. But I’ve had to hire two more guys, and have two full crews now.”

“Yeah,” Brady agreed. “At least I’ve got one thing going for me right now.”

“Hey, why don’t you come over and hang out with us tonight? Titus suggested, “We’re going to watch a movie.”

“I don’t know. Spiderman or Superman or something.” Titus rolled his eyes. “Travis is such a geek when it comes to superhero stuff.”

Four hours later, Brady took the Little River exit slower than normal. He was too tired to be driving. After working all day, eating dinner with Titus, and then watching a movie and playing basketball with Caleb in their driveway, Brady was afraid he would fall asleep at the wheel.

He had been avoiding his usual route home which took him past Lexi’s house, but tonight he was too tired to take the long way. As her house appeared in the distance, he was surprised to see her front porch light on. He slowed his speed even more as he approached, checking the clock on his dash. It was one in the morning.

Right before he got to her house, he spied her sitting on her porch steps, her head in her hands. Against his better judgment, he pulled his truck to a stop on the street just past her mailbox. She didn’t even look up until he shut his truck door with a loud bang.

“You scared the daylights out of me!” Lexi said as he walked the short distance between them. She looked rough. Her eyes were swollen from crying, and her nose was red and raw-looking. Her long hair was piled on top of her head in a messy bun; her slim body was lost in the folds of a giant sweater.

“I’m sorry,” Brady took a tentative step toward her, and was surprised when she scooted over, making room for him on the step.

“What are you even doing here?” Lexi shook her head slightly. “It’s crazy late.”

“Where’ve you been out so late?”

“My brother called.” Tears slipped down Lexi’s cheeks the moment she started to explain. Her voice breaking, she added, “I had to tell him Mom died.”

“Oh, God,” Brady didn’t know what to do. He wanted to sweep her up in his arms and tell her it was going to be okay, but she had told him in no uncertain terms she wasn’t interested.

“I’ve not talked to him in years,” Lexi choked out. “He got worried when he tried to call Mom and her phone was disconnected. He called Mom’s friend and she gave him my number. She didn’t tell him she died. She just told him to call me.”

“Me, too!” Lexi’s plaintive cry came out like a child’s whimper.

Brady was lifting his hand to hold hers when she turned and flung herself into his arms. “Shh,” he whispered into her hair. “It’s all going to be alright.”