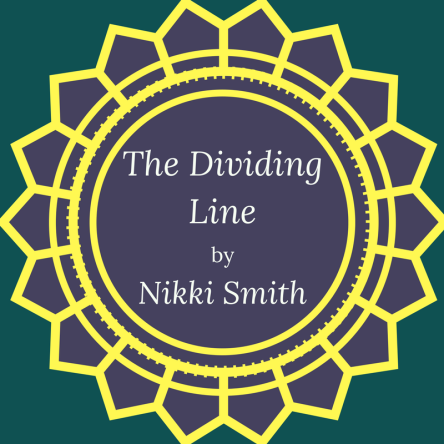 Claire watched the timer on her iPhone count down the last few seconds. She sat motionless on the toilet seat, both hands carefully holding the small white stick as if it was some kind of fragile ornament. In the last three minutes, she’d visualised a solid blue line and then her imagination had run off, like a child slipping a hand from their mother’s grasp, and before she could grab it back she’d found herself envisaged the ecstasy of holding a small bundle in her arms. Her desire to be a mother was stronger than she could ever articulate.

There weren’t many things she could say she excelled at in life, but the irony was she knew this would be one of them, even though she’d never actually done it. This was the thirtieth time she’d sat in this position; the fifth round of IVF. Was there something lucky about the number thirty? She’d hoped that about twenty-nine. That had been her age when she’d started this whole process, but she’d had no luck that time either. As if the physicality of the process wasn’t bad enough she was tormented by the threats of superstition and old wives’ tales; something that five years ago she’d have laughed at, but now she realised that the possibility of hope, any hope, was dangled in front of her by desperation like a rope to a drowning swimmer that she always seized with both hands. Despite the Chinese tea, the acupuncture and spending an inordinate amount of time lying alone with her legs raised in the air, she found herself here again, pumped full of yet another load of hormones with dark bruises gathering like storm clouds across the tops of her thighs.

“You okay?” He sounded apprehensive on the other side of the bathroom door. She hadn’t wanted him to be here but he’d insisted after last time as she’d been so distraught he’d had to leave work in the middle of a meeting. He’d dashed home to find her curled up in the corner of the bedroom and she hadn’t left the house for a week afterwards.

“Yup.” She couldn’t face looking at it. Not yet. She just wanted a few more precious seconds to maintain the illusion. This was the only time each month when she allowed herself the luxury of hope. Just a couple of minutes before the inevitability of reality kicked her in the stomach once more.

She’d seen Nessa yesterday. He’d told her at the weekend so at least she hadn’t been completely unprepared which made it slightly more bearable than when she’d announced that she was pregnant. She’d insisted they didn’t tell anyone they were trying so it wasn’t Nessa’s fault, but she’d felt such uncontrollable rage when Nessa had patted her stomach and raised a toast with her glass of chilled elderflower that she’d had to leave the room. She’d hidden in the ladies’ toilets at the back of the bar just staring into the mirror on the back of the cubicle door until it was closing time. She looked like any other normal woman from the outside. Why couldn’t her body just do what it was supposed to? She’d been walking home yesterday when she’d seen Nessa walking towards her with the pram, a red blur gradually coming into focus as it got closer. There was nowhere she could hide.

“I haven’t seen you for ages!” Nessa paused on the pavement, one hand jealously guarding the pram handle. Claire smiled, all her efforts concentrated on keeping her breathing calm and regular.

“Congratulations. Paul told me you’d had a girl. She’s beautiful.” She looked in the direction of the pram, keeping her eyes fixed firmly on the large hanging toy that bobbed up down from the hood.

“She’s a nightmare at night. Doesn’t seem to sleep. Sometimes wish I could send her back!” She laughed and Claire bit down on the inside of her cheek. It wasn’t her fault. She didn’t know. For one insane moment, she contemplated how Nessa would react if she smiled back, seized the pram and told her she’d happily take her, that Nessa could have the rest of her life to recover from the lack of sleep. She’d welcome the opportunity to swap places as she lay awake night after night anyway, sheets bathed in sweat as the drugs swirled around her body. But she resisted temptation and just stood awkwardly next to the pram, gripping the handles of her bag so tightly her nails dug into her palm. “You must come over. I haven’t seen you for ages. I know I’ve been completely dull for the last few months but now I’m feeling less like a beached whale it would be good to catch up with my favourite next-door neighbour. Thanks for the present by the way, that was really sweet of you.” Claire had to resist the urge to reach for the pram’s handle to steady herself. She swallowed.

“No worries. Glad you liked it.” Paul must have dropped something round. He hadn’t mentioned that. His efforts to hide anything pregnancy or baby-related from her hadn’t been particularly successful.

She was aware he was knocking gently on the door.

“Claire? You said you’d look at it out here?”

“Yes. Hold on.” she was being curt, she knew, but she wished he wasn’t there. She knew he was trying to be supportive but she would have preferred to be able to mourn yet another failure alone. To spend the afternoon taking out the two tiny sleepsuits she’d allowed herself to buy from the bottom of her bedroom drawer and cuddle them, sobbing, before folding them away again and re-doing her make-up before he got back. But he’d insisted on being here so she’d relented, vowing to herself that this time she’d hold it together.

“Yes. I’m coming. Just wait.” she clicked back the lock. He was standing just far enough away to allow her to step out.

“And?” He studied her carefully. “You haven’t looked, have you?” She shook her head and held out the stick.

“I can’t. You do it.” He took the stick which she handed over reluctantly.

“I love you whatever, you know that.” she nodded, already steeling herself for the result. She would not cry. She would not. He looked at the stick and then back at her. And smiled.

Nikki Smith can be found tweeting about writing and other matters @Mrssmithmunday and lives in the UK. She has always had a passion for literature and was contacted at the start of 2017 by someone she went to school with over twenty years ago, asking if she had ever done anything with her writing as they still remembered the stories she’d written and read out in class. This gave her the courage to go on a Curtis Brown Creative writing course which she loved so much she now cannot stop composing stories and is currently working on her first novel.