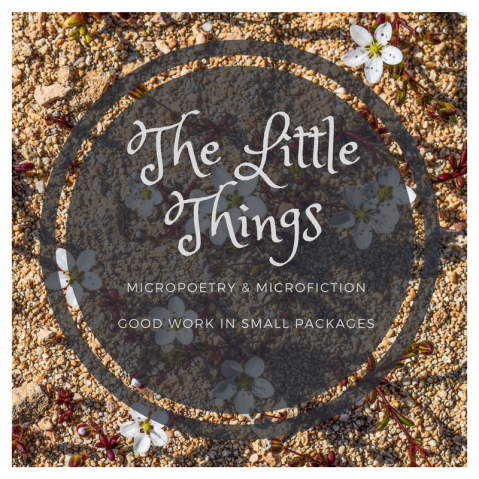 collect them in a small wood basket, 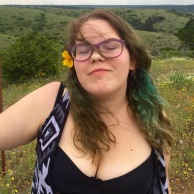 Sarah Karowski is a 24-year-old poet, short-story writer, and novelist. She has a Bachelor’s Degree in Creative Writing from the University of North Texas in Denton, Texas. When she was 13 years old, she was diagnosed with depressive bipolar disorder and major anxiety disorder, and it’s been a messy battle ever since. Simultaneously, she finds herself terrified of the world around her, and madly in love with it. Her work as been featured on Mad Swirl. Connect with her on Twitter: @ladysarahwrites

The wallpaper had fallen some time beforehand, along with the wall itself.

She stood in the shadows, clutching her overnight bag. It contained everything she’d ever owned, plus a few small items tossed in for good measure.

The winding basement stairs led towards the sky, then vanished. She couldn’t tell whether she was at the top or bottom of the world. Perhaps both at once? It made a weird kind of sense. Either way, she was ready.

Step by step, she began her journey. The sky yawned open and swallowed her whole. “Welcome home,” said the Sun. 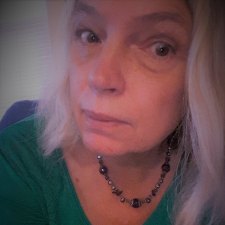 Leah Mueller, an indie writer from Tacoma, Washington, is the author of two chapbooks, “Queen of Dorksville” (Crisis Chronicles Press) and “Political Apnea” (Locofo Chaps) and three books, “Allergic to Everything”, (Writing Knights Press) “Beach Dweller Manifesto” (Writing Knights) and “The Underside of the Snake” (Red Ferret Press). Her work appears in Blunderbuss, Summerset Review, Outlook Springs, Crack the Spine, Atticus Review, Your Impossible Voice, and many other magazines and anthologies. She was a featured poet at the 2015 New York Poetry Festival, and a runner-up in the 2012 Wergle Flomp Humor Poetry contest.