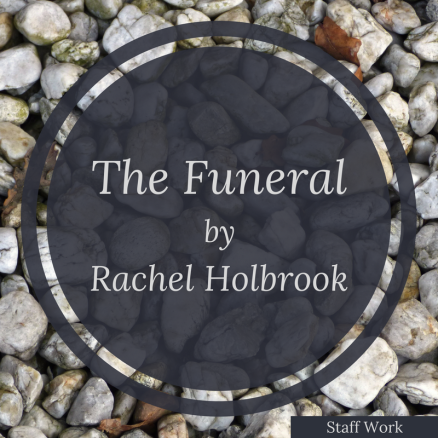 I watch the funeral from the apple tree. Stupid kids. Their stupid mouse died and they have a stupid funeral. Their stupid mom gave them an old shoebox to bury it in. She’s so dumb. Like anyone really cares about a stupid, little mouse. She let the girls put Kleenex in the box so it would be soft. Like a dead mouse cares if it’s soft. It don’t care about nothin’ now, cause it’s dead.

I had a mouse, too. They gave it to me. They had two, and I never had a pet. They said since I liked it so much, I could have it, since we were neighbors. Theirs was named Mickey, but I named mine Thor. They were both white. I liked mine better, though. Theirs was littler.

I don’t know why their mom lets them do the stuff she lets them do. It’s stupid. The mouse don’t know. She dug the hole under her rosebush, so it would be pretty for him. Don’t she know he’s dead? He don’t care.

Their mouse lived a long time, but mine died a long time ago. They must have gave me the bad one, even though he was bigger. Mine didn’t have no stupid funeral. My dad don’t waste his time on stupid stuff. He threw my mouse to the dogs, and said, “Circle of life, Son. Deal with it.” He’s not stupid like their mom.

If I had a mom, she would be cool.