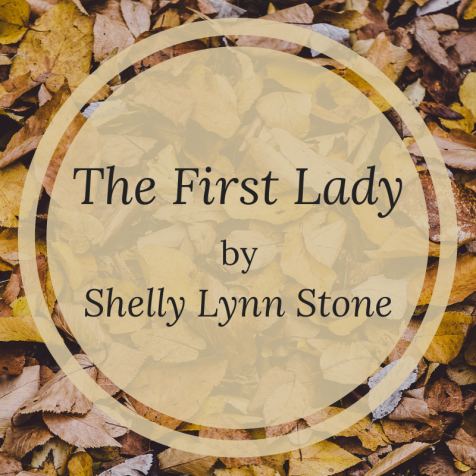 She listened to the rattling of their shackles and the sobbing of Prisoner 940 in front of her. His bawling had started hours ago when the guards put them on the bus: three men and her, with twice as many guards. They had been instructed not to make noise. She supposed crying didn’t count. She wouldn’t allow herself to cry. Weak women got killed. Weak girls were violated.

His sobs intensified. “Why? Why?”

It made her sigh.

“Shut the fuck up,” Prisoner 943 blurted out from across the aisle.

She turned and shot him a nasty look. He was an inconsiderate prick with greasy skin and yellowed teeth who couldn’t just let the wuss cry.

943 stared back at her with murder eyes.

She swallowed and forced herself not to move, not to turn away. Let him look at you, she told herself.

“I killed a man for looking at me that way,” she said, hoping her voice sounded steady.

He smirked and turned away. “I raped a woman uglier than you.”

She forced a laugh. “Lucky girl,” she said, turning back to the barren landscape, the miles and miles of desert. There had been no sign of civilization, just a road with no traffic.

“I can wait for the prostitutes,” she heard him say. She imagined him rubbing his cuffed hands on the crotch of his jumpsuit, but didn’t turn to confirm. If anything, he made it easy to come to terms with the prison removing her uterus.

She could kill again if she had to. He had been average size, no bigger than the scumbag across from her. She had knocked him down, crushed his windpipe and made him turn blue as she screamed at the top of her lungs with a power unknown to her earthly body. If she was enraged, it wouldn’t be unthinkable that she could do it again.

From the front of the bus Prisoner 941 chimed in. “I know what you did, little lady. You’re not that scary.”

She couldn’t see him, but thought she remembered him from when they boarded the bus as a young kid.

“I robbed a liquor store with a baseball bat,” he said.

The guards who had insisted on silence no longer seemed to care if they talked. They must be getting close.

The crying stopped and the bus slowed as they drove by a crowded roadside. Guards with guns stood with a line of people holding signs. “We will fight for you”  “Repeal SS”  “God is watching”. She scanned their faces for Emily and her niece, knowing they wouldn’t be there, but still hopeful. Their last hug in the courtroom hadn’t been enough.

Before the bus turned, a line of news cameras waited for them to pass. She rested her face on the window with an exaggerated pout and squeezed her eyes to make them water. Maybe they would get a shot of it. “Make them care about you,” her lawyer had said, “be soft.” She deserved a God-damned Oscar for the last seven months, though it hadn’t done any good. But she had to at least try, for her own cause, for the causes of future women, for Emily.

Her sentence had been a true test of the law, a law even she had voted for before she beat the life out of Johnny. The concept was simple – send all the criminals to a secure area where they could be free: no guards, no bars, no restrictions. Let them live among their own. Send the black and white, the men and women, the petty thieves and killers with desire. They could live or die, but they would not be part of society any longer. They had projected that Second Society would eradicate crime in ten years.

The wuss started crying again. He wasn’t going to last a day. If the murderers were going to murder anyone, it would be him.

The kid up front scoffed. “We’re their trillion-dollar lab rats. No chance we’re ever getting out.”

Rapey Ralph added, “Why would you want to get out? To go to prison and let these wanna-be pig-fuckers control us?”

The guard behind him kicked his seat. “That’s enough!”

Maybe they weren’t getting out, but she had hope.

“I’m looking forward to sleeping in a bed tonight,” Ralph said, leaning his head back on the seat and closing his eyes.

“You think there’s furniture there?” the kid asked, doubtful. The public hadn’t seen what was actually inside. No one knew if it was developed or a parched stretch of death.

“Why wouldn’t there be?”

She couldn’t resist. “Because you’re a piece of shit who doesn’t deserve nice things.”

He smirked again. “You’re going to the same place I am, sweetheart.”

“It’s huge,” said the kid, and they all looked out the window.

The sun reflected off the polished, electrified steel, a wall taller than anything she had imagined. The 3-D models from TV didn’t do it justice.

The bus stopped and more nameless guards lined up outside its door.

Inside the bus, two guards worked to unlock the wuss, who cried during it all. She watched him exit and saw him kneel with his hands in prayer before he was given a backpack and led to the door in the wall. She didn’t know what he had done, but there was no part of her that thought she needed forgiveness. Her God would understand.

The kid stood next. He looked back at her over the seats. He wasn’t a kid, more of a young man. “See you inside,” he said. It wasn’t a threat. She nodded.

They watched out the window until the kid had gone in. Less than a minute later, they dragged his dead body out.

She flinched as a guard put his hand on her shoulder.

“She likes it when you touch her,” Ralph said, as he was escorted to the front of the bus.

She looked him in the eyes again. “The last man that touched me was the guy I killed so I could spend eternity with assholes like you.” And then he was gone.

Though she knew they wouldn’t all be assholes, they wouldn’t be regular men. They weren’t like her drinking buddies or co-workers or the guys at the gym. These were men who didn’t even try an insanity plea. Hundreds of them. Men that killed, raped, beat, stole, drugged and hurt people.

“Are you ready, ma’am?” The guard waited for her answer.

She spoke plainly. “A man named Johnny Caskins should be here. Not me.”

The guard gently removed her handcuffs. “Maybe you should have just turned him in.”

She rubbed her wrists. “I was trying to keep someone safe.”

He placed his hand on her back, to lead her off the bus. “So am I. And so are the people who voted for this.”

Outside, the sun made her squint. She walked down the row of guards, her head high. The last one handed her a backpack. “A pack for the first lady.”

She took it, not knowing what was inside. “I ain’t no fucking lady.” She put her arms through the straps, ready to run if she had to.

“Don’t touch the wall. Ever. Once inside, the door will open and you will hear five beeps. If you don’t step through by the fifth beep, you will be electrocuted. Do you understand?”

She nodded. If they jump on you, touch the wall.

With a nudge from a gun she moved through the first door. It shut with a clang, leaving her in darkness. Another door opened. Ahead of her, more desert. No guards. No guns. No murder eyes.

She heard a beep. Had that been the first one? She boldly stepped forward into freedom. 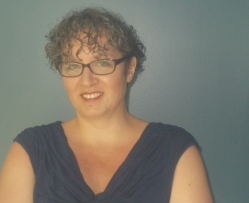 Shelly Lynn Stone lives in Petersham, a quaint little town in Central Massachusetts that few people have heard of. She writes short stories, poetry and is currently working on a speculative fiction novel. When not writing, she works a day job, moonlights as a massage therapist, and tries to find more time for tap dancing. Her work has appeared online in Revolutionary Poetry, CEO, P.S. I Love You and The Junction. She can be found at shellylynnstone.wordpress.com, or you can connect with her on Twitter: @storybyshelly.