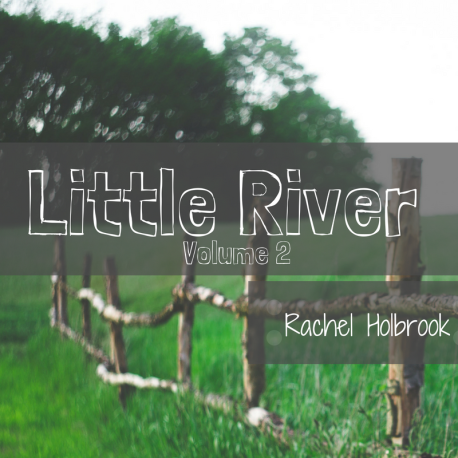 The sound of a truck door slamming shut alerted Lexi to Brady’s arrival. She hurriedly checked her appearance in the mirror. Tight jeans and a fitted, turquoise sweater that set off her blue eyes perfectly was her go-to, casual date outfit. She looked great, and she knew it. Her long, black hair swung loose against her back as she stepped toward the door. She wasn’t sure why she tried so hard to look cute for this date, since she knew it wasn’t going to end well.

The knock on the door startled her, even though she was waiting for it. She opened the door and smiled at Brady. He looked good in his jeans and tan, cable-knit sweater. “Hey, you!” His grin lit up the room.

“Hey.” Lexi smiled at him as she reached for her purse. “You look nice.”

“Thanks,” Brady stepped back to let her pass in front of him. “You look beautiful. But you always do.”

Lexi smiled, but offered no comment. She was so used to guys complementing her looks that they had ceased to mean much to her.

During the drive to Knoxville, Brady made small talk and Lexi tried to respond appropriately, but her mind was racing. She liked Brady, but this wasn’t going to work. This was only their second date, but it was already too complicated.

“Earth to Lexi.” Brady’s voice was teasing. “Where are you?”

“Sorry,” Lexi glanced across the truck seat at him, before turning her focus to the road ahead of them. “It’s been a long day. My brain is malfunctioning.”

“I know that feeling.” Brady’s voice was so kind. “Kids act up today?”

“Not really,” Lexi answered. “They were just keyed up. I don’t know what they served them at lunch today, but they were bouncing off the walls.”

She couldn’t help but smile. “Dalton is a little angel, compared to some of my little hellions,” she joked. “He always does what he’s supposed to do, and he seems like he really enjoys the classwork. Most of the boys have trouble sitting still, and just want to get to recess. Dalton loves reading and math. He’s always happy to do the worksheets, and he’s always the first one finished. I’ve had to start giving him two worksheets when the rest of the class only does one.”

“That’s my boy!” Brady bragged like a dad. “I’d say he got that from Uncle Brady, but it’d be a blatant lie. I was always the little hellion. I hated school. All I cared about was sports and girls.”

“I remember that,” Lexi chuckled.

“You turned me down about a hundred times in high school,” Brady laughed. “It was like it was your favorite thing to do.”

“You were a glutton for punishment.”

Lexi laughed despite herself.

“That’s better.” Brady glanced over at her to gauge her response. “I was starting to think you weren’t enjoying my company.”

“It’s not that,” Lexi quickly reassured him. “You’re great.”

Brady’s eyes darkened with concern. “But?”

“I sense there’s a ‘but’ coming.” Brady tried to look at her while keeping one eye on the road. “Do you not want to go out tonight? I can take you home.”

“No ‘but.’” Lexi tried to sound reassuring. This date was about to go downhill and she wasn’t ready to have the conversation. “I’m looking forward to dinner.”

Brady looked unconvinced but accepted her answer. Lexi was relieved when he changed the subject.

After a pleasant dinner, Brady suggested they skip the movie and head back to Little River. “You look too tired for anything else.”

“I am tired,” Lexi agreed, thankful for his suggestion to cut the date short. They listened to music on the way back to her house, sparing themselves the discomfort of the awkward silence that had joined them like an unwelcome guest.

Finally, Brady pulled his truck into the driveway behind her car, cut the engine, and turned to face her. “Talk to me.”

Lexi’s heart began to race. She hated confrontation and she hated disappointing people. “I don’t know what to say,” she stammered.

“What do you mean?” Brady asked. “I thought things were going well between us.” He paused, looking uncertain, before he added, “I really like you.”

Lexi nervously looped the strap of her purse around her finger. She answered without looking at him, “I like you, too, Brady. I do. Things just feel so . . . complicated.”

“Yeah.” She spoke slowly, weighing her words carefully. She really didn’t want to hurt his feelings. “The stuff with Dalton and your sister . . . I don’t know how to think about that. I don’t know how I’m supposed to feel. He’s my nephew, but she kept him from us.”

“She made that decision,” Brady protested. “Not me.  I didn’t know anything about it. I tried talking to her. I told her she should talk to you. Explain things.”

Lexi pressed her lips into a tight line, but didn’t say anything.

“I can’t make her do something she doesn’t want to do,” Brady insisted. “She’s made up her mind.”

“I know you can’t.” Lexi already sounded more detached. “But it’s hard for me to separate you from the situation. And it’s not just that. Other things that don’t have anything to do with you make it complicated for me to date right now.”

“Like the situation with the girls and my sister.” Lexi sighed. Just mentioning her sister made her feel tired. “I just don’t have much to give right now.”

“I’m not asking you to give anything.”

“I just can’t, Brady.” Lexi’s voice was soft and apologetic. She opened the truck door and slid out, whispering, “I’m sorry.”

Then she walked away.