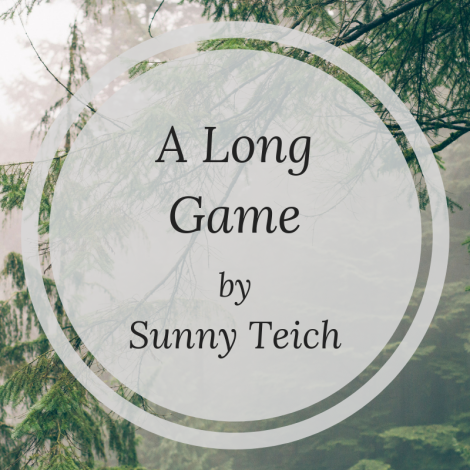 There was a period of about a year when I regularly received texts from my mother with photos of items I had abandoned. A $20 sewing machine that was still in its box. Sunny, do you want it? No. A musty, stuffed raccoon. Sunny, do you want to keep Rocky? I didn’t want to. A bizarre collection of wooden toys that I was positive had never been mine to begin with. Sunny!What about these? I’m not a Victorian toddler, Mom, so no.

Sometimes I ignored the texts altogether. She knew my position. Throw all of it out. I didn’t want to know about it. I didn’t want to remember any of the things I had forgotten, didn’t want to read the detailed history of teenaged angst my friends and I had folded into tight triangles that we slipped into each other’s lockers and then kept in a drawer for 20 years, scattered like a layer of manure that might sprout something green. I didn’t want to see any of it because I didn’t want to be reminded of how far from that house I had taken myself, so many times, and how I still hadn’t found a better place to leave the crap that I was too scared to throw away myself.

My parents were moving back to Michigan, the thing my mother had been threatening to do since the beginning. First they went to Reno for Dad’s job, drove across that big hot stretch of nothing for days with two tiny assholes in backseat of their Chevy Nova. Hayley was three, I was six months. No air conditioning, just a cracked window- I couldn’t imagine we didn’t scream the whole way but my parents had always been too polite to say. They looked happy there in the photos, but in fact were not. Mom had amazing eighties hair, a giant glamorous mop, and a brown glow I hadn’t seen on her since. She looked like Farah Fucking Fawcett but insisted she was sick the whole time. The altitude, she’d say, shaking her head. The air is too thin there, Sunny. No one should have to live at that altitude. Dad always said, with a lot of performed regret, that he was offered in-house council at a major casino when his law school went under after three years. But she compelled him to reject this imagined life of Vegas showgirls and vaults of money in favor of his family’s wellbeing. She hated Nevada. He got a job at a law school in Boston. Sometimes its best to get stuck for 30 years somewhere nobody particularly wanted to be in the first place.

I can’t exactly remember when she told me they were selling the house. She might have mentioned it casually on the phone a few times. She would have couched it in non-threatening language that implied it would be happening “at some point in the future” and then allowed the realization build with an ominous crescendo as the texts came in. She was dumping this shit and she was not fucking around. I admired her ability to play the long game. She was an expert in low level crisis management. The woman had not raised three daughters who were high-functioning emotional weaklings without learning precisely how to handle existential dread. Never question its absolute power. Never confront it head on.

Her mother died when she was about my age. We were still in Nevada and she was brushing my hair. The phone rang – I remembered it as a very brief conversation but I was three, so I really had no idea. I didn’t remember her reaction either – what she said to me or if she cried. The only thing I remembered with absolute clarity was how aware I was that something had happened somewhere far away and it had caused everything to change.

She was the oldest of 10– most of them had stayed in Michigan. I suspected this traumatic number of younger siblings was why she disliked children. She liked her own children, of course, although she absolutely preferred us as adults. And she was uniquely unmoved by other people’s children – her friends’, our friends, even most of our cousins. When the time came, it was clear she didn’t even really want any of her daughters to get married, because of the threat it implied: additional children. When Hayley had Rowan, it was surprise to all of us, including Mom herself, how she took to him. Sometimes it felt like time travel when I watched her, holding him and staring at his face, this view of her that must have been deeply familiar and yet forgotten. It would hit me like a wave: that was how much she could love when she hadn’t even wanted to.

There were plenty of ways to annoy my mother, but I had only discovered two combinations which made her apoplectic with rage and sadness. One – be her country and elect a man like Donald Trump to be the president. Two – be her daughter and ask for a copy of your birth certificate so you could use it to apply for residency in a country that hadn’t. I would never forget how pissed off she sounded. Without exaggeration, I almost dropped the phone, like the sharpness of her voice on the other end had turned it into molten metal. She never got angry with her children, never made us feel judged in any of our decisions. She had always been an affectionate kind of Terminator: relentless. Her reserves of understanding were terrifying to behold. I hadn’t realized that all along she had been building links in a chain, carefully giving it slack, so that I would never be aware of it until the day I took a step too far and felt a sudden, violent tug at the throat. She knew how this was done because she had one around her neck, too. I didn’t get the birth certificate. I never brought it up again.

I stayed away during the months while they packed up the house. I would hear updates on their progress while I rode the bus to work, on the walk home from the pub, while I sat in my lush English garden drinking coffee. They rented a dumpster. They sold the basketball hoop on Craig’s List. The piano almost crashed through the wall when the piano disposal service was taking it away. You just threw out the piano? I don’t know why I took particular offense to that – I hadn’t played it in years. It weighed a thousand pounds, Sunny! The guys said it weighed a thousand pounds.

I wouldn’t really have been able to go home during that time anyways, my production schedule was too crazy – I worked on films. But I was aware that I wouldn’t have gone, even if I’d had all the time in the world. My impulse had always been to exile myself. When I was at my most generous, I thought of them, marveled at what a heroic effort it would be to wrench a tangle of roots that deep out of the ground. And when I was at my most melodramatic, I laid awake in the dark and imagined that whatever thread had been holding the pieces of me together was dissolving and I was coming apart. I was very aware of the hypocrisy of my position. I insisted that I loved that house and then proceeded to lay down a whole lot of distance between me and it. States, countries, oceans of distance. But to leave home was to spend your life worshiping it, orbiting around it, willing it to stay fixed in space and time.

When I was especially low, we would watch Star Trek. The time difference with London worked out. She would make me choose an episode and we would start watching it separately, at the same time. I liked to force her to watch one of the frivolous ones, when there were antics on the holodek or when the crew was blowing off steam on the pleasure planet, Riisa. We would text back and forth about how Captain Picard’s space blouse was excessively shimmery or how Commander LaForge had no game. Wouldn’t you love to be in space, Sunny? I would just love to be in space, she always said. I told her I never thought about it.

I did go home right before it was too late. I was kidding myself, acting like I wouldn’t. I think you’ll regret it if you don’t, Sunny. She owned my ass. Everything was gone, except the furniture, and it was all eerily out of place. The house had been “staged.” Some woman they hired had gone through all of it, arranging it in a configuration that was more appealing to buyers, reorienting tables and shelves, moving armchairs into different corners. Gaslighting us. Reminding us that the house where we grew up was as good as lost to us.

My mother hovered around me as I moved through the rooms, seeking an approval she must have known she would never get. I had expected her to be afraid of me, and she was, but she was also distracted. She was slow to leave each room. Her gaze lingered on each piece of furniture. I think she hadn’t know what it would truly mean to burn this place we all knew to the ground, but she had already doused it in gasoline, struck the match and dropped it. I knew that feeling very well. If I were a more generous daughter, I would have been able bring myself to tell her it was okay, that there would be a new house and it would be ours because she was the kind of woman who had boxed up all the shit we told her to throw out and shipped it to Michigan anyways. She would have liked it if I’d said that, but she didn’t need me too. She was playing the long game, and she was scared, but she knew what she was doing. 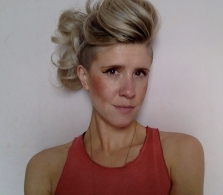 Sunny Teich is a writer and visual effects artist. With a degree in Engineering from the University of Pennsylvania, she specializes in creating CG elements for film that are driven by the laws of physics. She is currently lecturing and researching in the School of Design at Victoria University in Wellington, New Zealand. In addition to her work in the film industry, she is interested in examining the societal impact of the blockbusters she helps to create. Her writing on the subject has been published by media outlets such as Salon, Techcrunch, and Vice.