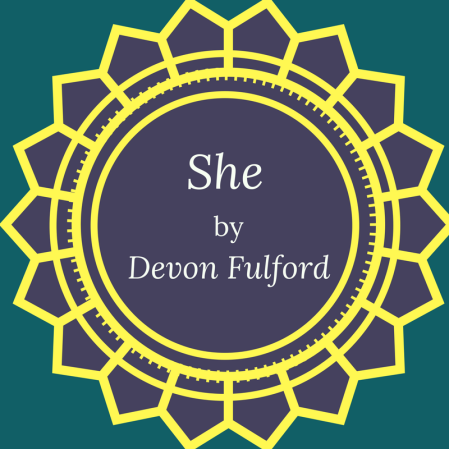 She’d lost so much weight recently that the silver rings she’d been wearing comfortably for years no longer had enough flesh to grasp. They spun while she typed, bumping against their neighboring digits, and resulting in their being expelled from her hands during her workday.

In the evenings, when she closed her laptop and forgot to put the rings back on, the impression of something being amiss permeated through the entire apartment.

And people were noticing. The heavy eyes of judgement that she’d shrugged off for decades sustained their fixed glares of disapproval. Regardless, she felt secure in her own skin. She was feeling more like a teenager than she did when she actually was one. Freer. More able to take it. She hadn’t been dieting; wasn’t too skinny. Just—different.

There were so many reasons she’d escaped this small-minded town in the first place. Despite the new microbreweries downtown, and the high-rise apartment buildings, the people remained the same. And here she was. Again. Trying to make the best of things. She reunited with people who’d never left, commiserated over bagels and half-eaten plates of fruit. Sipped iced green tea in cafes and bantered, knowing she would never be home in any town, really.

Trauma—the kind that propels you from sleep, gasping for well-deserved breaths—had forced her back here. You can’t control trauma any more than you might strive to wish the Oregon rain away, or regulate the color of the morning light in Savannah. Trauma knocks you sideways, reeling for any form of relief and not quite grasping it, no matter how long you search. It was this trauma that guided her journey, plopped her back in her hometown with no reprieve.

She’d started running. Every day, at sunrise, she laced up her dilapidated Nikes and ran circles around the small lakes near her apartment complex. If she were more literally inclined, she’d be penning poems about the metaphor of running and what had become of her life. Chasing something that wasn’t there—following a path indefinitely. Connecting with the earth through the soles of her shoes. Something similarly cliché.

If there was anything she loathed, it was platitudes.

She’d been given an ultimatum by her boss recently—up her production or GTFO. As a remote digital engineer for one of the country’s most lucrative advertising agencies, she had the ability to work from anywhere, provided she had a strong internet connection. Though the apartment’s connection speed was unwavering, her personal life had capsized her once top-level performance on the job. She’d been taking longer hiatuses from the computer, running along new trails she’d discovered on the weekends. Shopping in expensive local boutiques that once would’ve disgusted her. She bought baubles—gifts for friends—never anything she kept for herself.

But she needed the job.

When her boss presented her with the decision (she was hesitant to call it that), there were no questions to be asked about what it meant, nor why it had come up. Her mind wasn’t on her professional life. It was soaring through the tall grasses by the lakes; it was driving 90 miles an hour south on the interstate to see a band she’d never heard of. It was filling up the waking moments with enough banality that she could fall asleep without a bottle of wine or several little blue pills.

She tried new tapas restaurants; she volunteered at an animal shelter. She wrote long letters to prisoners at an out-of-state facility. She bought a black male Manx because they’d originated from the Isle of Man—a remote, green place that hosted an annual motorcycle race her boyfriend had always wanted to attend in person.

She wasn’t a good girlfriend.

Her penchant for outside communication had waned as she grew older, steadily retreating into herself. The latest shove backward had been the news that forced her return. Since that telephoned plea from her mother that she come back, be near the family, she’d tried to avoid the phone altogether. And her boyfriend—now several states away—couldn’t understand why she wouldn’t return his daily calls.

It wasn’t him. It was her. They both knew it. She sent him emails of penance, hoping he’d understand. Trying to pick the words that would convey how desperately she needed him and couldn’t say so, all at once.

In an earlier time, she was making plans for the future. A baby—a girl—and a house in the mountains. She’d finally landed a great job with consistent income and truly loved the man she called her own. But nothing was certain now. Had it ever been? She’d abandoned him and their former life. Nothing was destined. Life is not a fucking movie.

And if it were, hers would be one of those off-beat indie dramas, with splashes of colorful miscreant banter, splayed alongside the hackneyed drudgery of a broken woman, struggling for anything but complacency in an otherwise unremarkable existence.

And something so bad that it ruins the rest of your life.

These days, it was all about the details. She loved the way her dresses—sheer, practically absent—hung off her sloping shoulders. In the mornings, as she was stretching before her runs, there was a quietness to the breeze that escalated to screaming as the day grew older. When surrounded by strangers in a public space, she marveled at the kaleidoscopic conversations of so many different people who were all exactly the same.

Anything to fill up the moments.

She showed up in court. Gave her testimony against her father. Yes, he was abusive when I was a child. No, I never saw him hit my mother. No, I didn’t know he owned a gun. No, I had not spoken to my brother recently. Yes, I know their relationship was strained.

Her boyfriend stopped calling; stopped returning her emails. It was inevitable, but it stung almost as sharply as her moving back to her hometown did. She’d stopped accepting requests from friends to meet out, catch up. They quit reaching out. She ceased her wandering and immersed herself in work and stayed home. She never looked at news sites anymore.

The Manx cat was given to a neighbor after she’d forgotten to buy cat food for a week. It wasn’t her fault; her brain wasn’t firing the way it should. Perhaps she’d always been toeing the delicate line between sanity and the other place. Maybe she wasn’t fit for human consumption. Or even the company of animals.

The daily runs became weekly runs, then stopped altogether. Nothing felt as pointless as running in a circle. She made all of her meals at home and barely left the house. The verdict would be revealed within days. The ache that she felt now was deeper than the one before, more visceral. She felt the pain when she bent her fingers, and when she saw doves lining up on the powerlines outside. She felt it as she stood naked in the shower, and as her tears wetted both her temples and the pillow below her head. 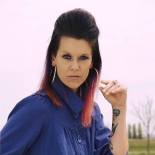 When she’s not writing fiction, Devon Fulford teaches college students the beauty of writing and pens curricular materials for an educational website. You can find her hiking, hanging out with her husband and chocolate Labrador, The Walrus, and riding vintage motorcycles in her spare time.