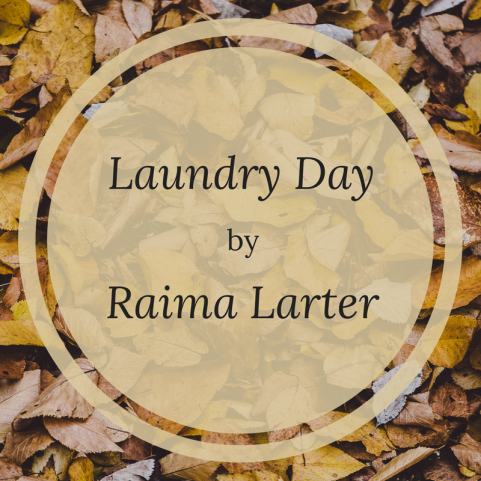 She makes it all the way into the room before realizing her mistake. Standing in the doorway, her arms stacked with fresh laundry, she blinks in the dim light, rubbing at her nose. Dust from the closed-up room rushes toward her and she sneezes.

She shakes her head. How silly and absent-minded she’s getting. She looks down at the laundry in her arms. Nothing but a stack of old towels, freshly washed, their clean scent preferable to the abandoned smell of the room that just assaulted her. They’re just towels—no tee shirts or socks, no folded jeans, nothing that once might have brought her into this room. She’d been heading for the hall closet and, out of some old habit, turned the knob and stepped through the portal, into the place she said she’d never go again.

But now she’s in and she sees it, really sees the room, for the first time since the knock on the front door that changed everything. Sunlight filters through the heavy curtains, slightly parted in the middle. A shaft of light slashes across the bed, lighting up the Army blanket that covers it.

Dark, green, rough, well-worn. It had been his great-grandfather’s, from WWII, treasured as only a boy would treasure mementoes of war. For awhile, the bed served as a sorting surface, a place to spread out the endless stream of papers that needed to be looked at and filed: the friendly-fire investigation; pages of military jargon she never understood; letters from people she didn’t know.

She strokes the worn towels, the same ones she’d wrapped around him as he emerged from the tub, wet and grinning, his little boy body slick with bathwater. Had he ever really been that small? He had. She had pictures to prove it.

But the pictures weren’t real, not the way he was.

She takes another step into the room and approaches the bureau, scattered with pins and ribbons, some of them granddad’s, some from the cardboard box labeled “Personal Effects” that arrived with the military papers. Above the bureau the wall is lined with shelves. There’s an entire shelf-full of wind-up toys—tiny cars, robots, whirling gadgets, even a set of chattering teeth. A stack of board games in sagging cardboard boxes sits above the wind-ups, covered in thick dust, nothing moved or touched since the day she’d brought in his things, the ones they’d found in his duffel—his phone, his wallet, a copy of a book called “The Art of War,” by somebody named Sun Tzu.

The book’s on the bureau, and when she picks it up, it leaves behind a clean book-shaped hole in the dust. She flips the pages, and out falls a small square piece of foil—a wrapped condom. A laugh catches her by surprise. She places the towels on the bed, reaches for the small foil square, rubs a finger over its smooth surface. She hadn’t known he was seeing anyone.

Maybe he wasn’t. Maybe it was just general insurance. The possibility he’d been more than an unprepared gawky teenager, more than her little boy rushing toward manhood, came barreling toward her the way the dust had rushed out of the room moments before. Maybe he’d seen more of life than she’d known.

She replaces the foiled square inside the book and puts them both into a box. She retrieves the towels and takes one look back at the box, its cardboard flaps standing at attention, then turns and firmly closes the door behind her. 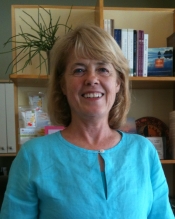 Before moving to Washington DC, Raima Larter was a chemistry professor who secretly wrote fiction and tucked it away in drawers. Since moving to Washington to work for the government, she has taken lots of workshops and is now sending those stories out. Her work has appeared in Gargoyle, Writers Journal, the Grace and Gravity anthology series, Mulberry Fork Review and Indiana Voice Journal. She’s published one short story collection, The Gate of Heaven and Other Story Worlds and just received her MA in Writing from Johns Hopkins University. Read more about Raima at her website, raimalarter.com and on Twitter at @raimalarter.