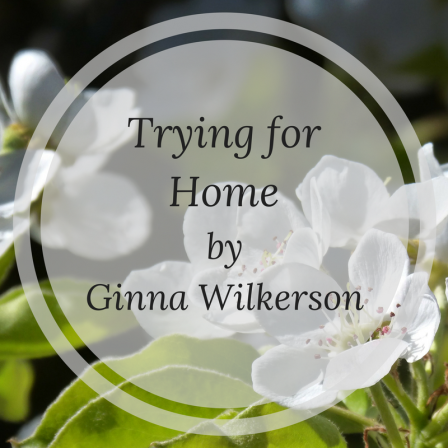 All she wanted was to get out of this artificial and confining airport. It smelled too much like the menacing city she had just left. She struggled to remember the name – Toronto? Maybe. After running away for years, Cadence just wanted to get back home. If only she could click her heels three times like Dorothy, or wake up on some river bank like Alice, then all would be well. But, of course, that shit only happens in books and movies.

If she were to be completely honest (and if anyone cared enough to ask) Cadence couldn’t really remember what home was like. Not really. There had been parents and siblings, and a split-level brick house on a quiet street. It seemed to have been warmer than the one she just left. But the smoking monster that hovered over Toronto seemed much more alive in her mind at the moment. As were the airports in which she had spent layovers – these memories were a jumble of craziness and mishap, but at least she could place events in order.

In the airport in which she now wandered, she had lost her purse. Well, not actually lost it, but had it picked up by someone when she had set it down for an instant in the Ladies Room. It seemed to Cadence that this thief had been a small, tow-headed boy, but she knew that didn’t make sense. Or maybe a magic Finnish gnome like in a fairy tale? Anyway, her purse was gone now, but she had an idea this was the last stopover before that mysterious place called home. Since she still had her ticket and all the boarding passes, she might make it.

Trying for home – surely someone there would help her, even though she found she couldn’t name the city itself. There was no city, just airports. Was that it? Maybe she was just getting crazier. Finding it harder to ground herself in reality. That’s what the psychiatrist back in the Toronto city that harboured the monster would think – but there was no city. It was all very confusing.

Cadence walked past a food court where the smells of meat and fried things made her stomach turn. Well, she didn’t have any money now for food, so just as well. She passed a woman with orange frowsy hair sitting with a small blonde boy eating a cheeseburger. Or was he a malevolent elf? Some part of her fatigued brain recognized the small dirty creature. But before she could gather her thoughts, Cadence realized that the woman – his elvish mother? – had her purse in her grimy hands, and was going through it, counting the cash. Cadence had a momentary impulse to kill this female creature – just take her right out of existence. How dare she act like she owned outright something that belonged to Cadence? It was, well, monstrous!

As angry as she was, Cadence felt stuck, as if her hands were tied. Rationally, she could tell someone, call the police – something. But instead she watched the woman in silence, with the growing realization that the purse did now belong to this ragged-looking woman with orange hair and her small sticky-fingered accomplice.

Still, she knew she was going home, if she could just find the right gate. Every time she asked someone, a more odd and misshapen person seemed to send her in a different direction. Then she came upon what must be the right one, only to find that it had somehow slipped away. Cadence thought she had to find a way to make these airport gates behave – make the correct departure gate appear and stand in one spot. After all, there was always some way to make people behave, if one could just think clearly. Slippery little buggers, these gates – Star Trek portals, there one moment and gone the next. Gate 44 was just around the corner, or so said the ancient attendant with half a face made of green plastic. As soon as Cadence glimpsed the blinking sign that said 44, she forgot to wonder what had happened to the other half of the old woman’s face. Just at the last moment before the door closed, Cadence slipped through.

But she still wasn’t on the plane. She seemed to be alone in some kind of elevator, but she could feel the presence of some will other than her own. Cadence tried to breathe deeply to avoid a panic attack, just as her psychiatrist back in Toronto had told her. She told herself that the smoking monster couldn’t possibly be here, because it was back in Toronto.

The elevator gave a small preliminary shiver as if it were alive, and then dropped several floors down, landing with a whooshing sound. The doors slid open, and Cadence saw instantly that she was back in the terminal. The Number 44 gate that had seemed so promising had betrayed her. The elevator had brought her back to the very thing she wanted to escape: more airport, more terminal, more people. No plane – back to the terminal. Pure panic swallowed Cadence like a giant boa constrictor.

There followed a period of blessed blankness, in which Cadence felt herself floating in a grey mist of nothing. It was oh so peaceful and relaxing. She thought, Perhaps I am dead. But she didn’t actually feel what she imagined a dead person would experience. She had always feared death, even as a child. Still, it seemed to her she now had a choice between Death and Atlanta.

And, after all, she must have gotten on the airplane somehow. Because when she emerged from the grey mist, the plane had landed in Atlanta with Cadence on board. The captain thanked them over the loudspeaker, and other passengers began retrieving baggage from the overhead bins. Everything looked absolutely normal, and Cadence was not in the city she had left, and was not in that last terminal. In spite of a vague feeling of something following her, she gathered herself together to disembark.

Cadence looked around, clutching her small carry-on bag and wishing she still had money for a taxi in case no one showed up to meet her. But then she spotted a vaguely familiar face. This was a face – a person – from her childhood: in fact, her own mother. But she looked so young, unnaturally so. At least that’s how Cadence saw the woman: young and beautiful and dressed in an expensive Michael Kors suit. As the woman spotted Cadence, she smiled her perfect smile, showing perfect teeth. In her hand was a large Burger King soft drink.

“Buy one, get one,” she exulted, as she came over to where Cadence waited in bewilderment. She wanted to remember, and she wanted to tell this person – her mother – about the stolen purse. She should apologize for being so careless. Cadence had thought money was tight at home, but her mother’s cheerful chatter about nothing and the designer suit belied this idea.

They headed out to the multi-storied parking garage, Cadence listening for the steps of something following and her mother talking on without noticing. Cadence thought that at least it was a relief to be out of the everlasting fucking airport. The mother found the car she was looking for: a red sport utility vehicle that reminded Cadence of a fire truck, ready to extinguish deadly flames. All the way (to where?) in the car, Cadence sat in silent agony, wanting to remember, wanting to think of something to say. The city was huge and the freeway reminded Cadence of that other city, the one that has now disappeared with the monster inside it.

Her mother finally got off the freeway and made a few turns into a residential neighbourhood. Cadence watched out the window, trying for home. But what she vaguely remembered as home was nowhere in sight. Instead, Mother dropped her off in front of a small restaurant and gave her a look as if she expected Cadence to get out of the car.

A weary-looking older man came out then, out of the dingy glass door of the diner. Cadence knew, really and truly knew, that this was her father. He smiled at her and she smiled back. He might be her protector – he might fight the monster. Yet, he looked awfully frail. Neither of them said anything to the woman in the car, who drove away. Cadence knew that this man, her father, had been working too hard, corralling himself in the small space of the diner, losing money hand over fist.

They went inside, father and daughter. Somehow, he already knew about the stolen purse, the shifting departure gates, and the invisible cities. The lines in his face hinted to Cadence of everything she wanted to remember. Her dad brought Cadence a glass of Sprite, clear and clean and sparkling. The bubbling liquid gave her hope. As she lifted the glass to drink, they both watched it crumple in her hands like flimsy worn-out cardboard. 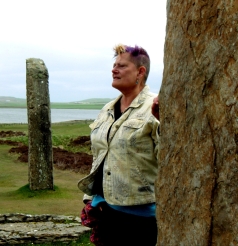 Ginna Wilkerson completed a Ph.D. in Creative Writing at University of Aberdeen in 2013, also the year of publication of her first poetry collection, Odd Remains. Currently, she concentrates on writing lesbian romance for JMS Books, including the paranormal YA novel Buried Secrets. Find her online: https://ginnawilkerson.weebly.com/