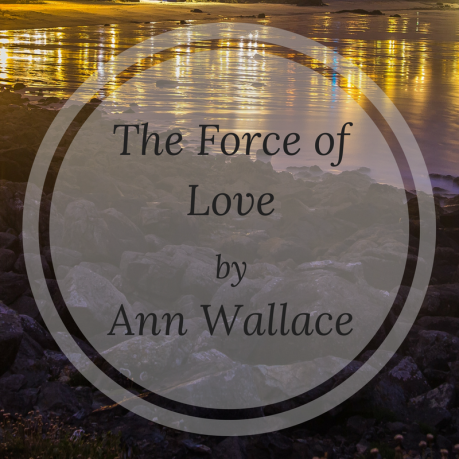 The summer that my girls were just shy of four and one, my baby Abby asserted her independence early. We were on a week-long vacation at the beach, and the new world spread before her could not be explored from the confines of my lap. And so, in the forceful way of a not-yet-walking infant, she pushed away from my body to declare herself weaned.

Abby was assuredly a very different little person than her older sister Molly, who had asked for freedom in smaller yet persistent doses as a toddler. As she learned to speak, Molly enjoyed a delightfully maddening game—climbing into her stroller, or booster seat, or rocking chair, she would pick up the ends of the webbed seat belt, pull them across her lap, and click the plastic buckle together with ease. Unable to free herself, she would then state, as both request and demand, “Strap me undone!” Again and again, she clipped herself in and immediately wanted freedom, “Strap me undone!” Each time, the moment I released her, she secured the buckle again.

Abby’s demand for freedom was more decisive, yet as her mother, I knew the tether was no less present. Indeed, the cargo of parenting was in no way lightened by Abby’s release from my breast. I felt immense that vacation week, carrying baby weight along with beach gear back and forth to the ocean’s edge in the sticky sun, exhausted from brushing sand and salt off small bodies, out of curious mouths, from sandwiches.

Each morning and evening of the holiday, the girls’ father and I loaded a red wagon with eleven-month Abby nestled in between towels, sand toys, a cooler full of food. We pulled the load several blocks between the beach and our rental cottage. Twice daily we passed the boardwalk amusement park, the salty air punctuated by the thrilled shrieks of children on what I remember as rides designed for young children and the ringing and chiming of midway games that no one, child or adult, was meant to master. We often stopped in on our way home, to play a game or two or to pay for a ride on the miniature jet planes or the kiddie coaster for Molly.

She loved climbing into the brightly colored planes, boats, cars, picking out exactly the one she wanted, but the rides themselves were a little dull, even for a not quite four-year-old. There was, however, one ride with larger cars—obviously designed for older kids, and maybe even adults—that sped on a circular track, undulating up and down, around and around in a loop. Each car had room for two, so we asked Molly if she would like to try it. We expected she would be mesmerized by the rise and fall of the car racing around the track, securely by my side. Her blue eyes lit up as she nodded yes.

The small park was never packed, so we walked right up to the teenage boy operating the ride. Several grade school kids were already seated and ready to go. I handed tickets for Molly and myself, but the attendant shook his head—no adults. Molly pulled me forward, as her dad and I decided what to do. She was ready to go, even if by herself, so we agreed and she ran to select her car.

The operator strapped her into the seat, went back to his station, pressed the start button, and away Molly went. The cars coursed the track once. We waved, and Molly smiled nervously as she came by the first time. Then the ride picked up speed, and by the second time around the loop, Molly was pushed by the centrifugal force of the circling ride to the outer edge of her seat. As the cars sped around and around, she looked smaller and smaller in her seat, her fingers gripped tightly to the metal bar in front of her. I saw the terror imprinted on her face, the paralyzing fear that the ride would not end, that she would be holding tight, spinning in circles, alone, for time unimaginable.

Or maybe that was my fear. Or both of our fears, mirrored and felt simultaneously. I could not breathe, tears filled my eyes, and my chest tightened as I watched her circling in terror on a ride that went on and on and on. I could not take my eyes off of my suddenly tiny daughter, praying that she would not let go, as the belt that held her slight frame in place no longer presented any illusion of security.

As the ride began to slow, I realized I had been gripping the metal gate circling the perimeter of the ride just as tightly as Molly had been holding the bar in front of her. That I had pressed my body as close into the circling forces, as her body spun outward, toward me and then away with each loop on the track.

The ride finally pulled to a stop, and the teenager went to Molly’s car. He unstrapped her and gave her a hand as she stepped out unsteadily, staggered down the ramp of the track, and ran through the exit to me.

I knelt down as Molly reached me, tightly circling her shaking body within my arms with the solid maternal force that always pulls in, not out, when the world begins to spin too fast for either of us.

In that moment, I understood that as liberating and necessary as it was to watch both of my daughters take large steps on their own that week, those steps were buffered by the safety of their repeated returns. For every time I loosened the straps that held Molly or her sister to me, I was ready for them to come flying back, even if only so we could catch our breath together before they ventured out again. Nearly a decade later, those returns are as assured as they were that summer, even as the circumference of my girls’ forays into the world has grown larger and larger.

That afternoon, I held Molly wordlessly until the dizzying terror had spun itself loose from her body and I felt steadiness fill us both. Then I released my grip and we began the short walk home, together. 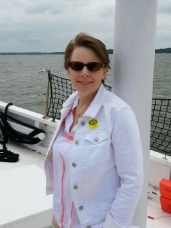 Ann E. Wallace, PhD, grew up in a small town in Massachusetts but, lured by the proximity to NYC and all it had to offer, she moved to northern New Jersey for college. Thirty years later, she still hasn’t left. In her poetry, creative nonfiction, and scholarship, she writes of illness, loss, motherhood, and other everyday realities. Her work has recently appeared in The Capra Review, Juniper, The Literary Nest, Wordgathering, among other journals, as well as in the Same’s first anthology, Raising Her Voice. She lives in Jersey City and is online at  AnnWallacePhD.com and on Twitter @annwlace409.