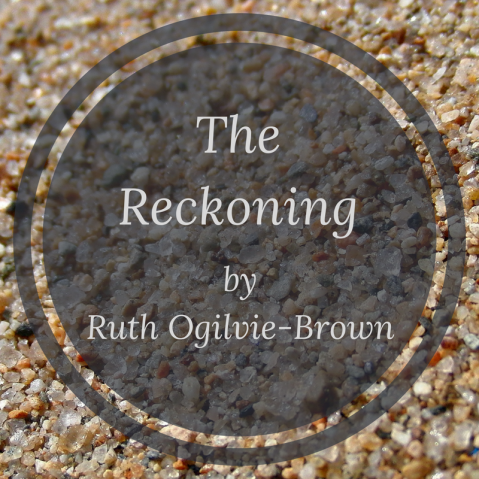 There’s a voice message on my phone at work – Harry’s throaty growl. ‘I need to see you Jess,’ he barks. ‘I need your help. You better come’.  I imagine his face close to mine, adding ‘or else you’ll be sorry,’ in his Glaswegian twang, his face pink, his teeth bared. Just like in the old days.

I lean back in my chair, sip my coffee. He must be desperate. I’ve been hunting for Harry for so long – I reckon he can wait a few minutes more while I finish my skinny latte.

The address he gives turns out to be a terrace of bay-windowed, Victorian houses. No 21 looks like all the others: a four story building, originally built for the well-heeled, their servants scrubbing the wide front steps, polishing the brass door knocker. But time and poverty has chipped away at the elegance of its façade: the window frames are rotting, there’s black graffiti on the blistered door and a grubby metal plate at the side with numbers and buzzers.

I press the button for flat C and wait. I press a few times, but there’s no answer. Suddenly the door springs open and a guy bursts out – hood up, head down, sprinting into the night with all the suppleness of youth.

I slip inside and take the stairs two at a time. Harry’s door is cracked open an inch or two, a fug of cigarettes and beer wafting into the corridor. From somewhere inside, a television announcer says: ‘And now for the weather.’ I follow his jaunty voice down the shadowy hallway and into the dark sitting room.

Harry is lying in a square of light projected by the television. His eyes are open but frozen, the TV images shifting through them like ghosts, his white hair washed pink then blue by the changing scenes. ‘There’s going to be more rain I’m afraid,’ the weatherman says, sending little grey storm clouds over Harry’s face and down his blood-soaked shirt.

I feel Harry’s pulse, just to make sure. Sickness rises in my throat. Being a policewoman, I’ve seen a lot of dead bodies in my life. But apart from mum, they’ve always been anonymous to me, like waxy mannequins – their personalities and voices unknown, their loves and hates a mystery. But this is different. It’s Harry. I know he’s dead, yet I feel he might sit up at any moment, light a cigarette with his nicotine stained fingers, conjure a bottle of whisky from a cupboard and swallow a few glasses neat. All the while ranting non-stop about politics, or the neighbours, or his useless family, or his good for nothing wife. Especially her.

A scene from the past is switched on in my brain like a theatre spotlight. I’m fourteen years old again and everyone is saying: ‘Your mum looks so serene Jess. She’s at peace.’ But they’re lying. Underneath the powder and lipstick and rouge, her face is battered black and blue, her hair backcombed and voluminous to cover the fatal mark.  I know that behind those closed eyelids, her eyes are fuming. Behind those sealed lips, her mouth is full of angry words. I know my mother is not at peace – she’s raging. Not all corpses go quietly.

I hear her again, just like I’ve heard her for twenty years: ‘Have you found that bastard yet?’

Ruth Ogilvie-Brown is a law graduate who was brought up in Scotland. After living in different parts of the UK including London, Ruth returned to Scotland and lives in Dundee where she works as a university administrator. She has always loved words, and has recently completed a creative writing course with Curtis Brown Creative. When she’s not writing, she can be found with her head in a book, or walking the coastal paths of Scotland. She’s delighted to be published alongside so many talented women. Please connect with her on Twitter: @ogilvie_brown