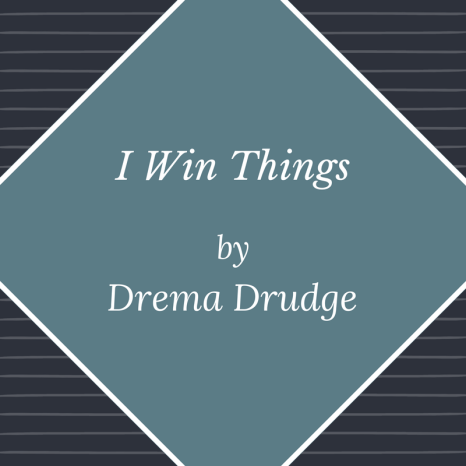 The examination table hurts my goddamn back.  I sit up straighter but it doesn’t help much. You have to have ab strength to stay in this position for any amount of time. This exam came about because I bled after sex last week, twice, and I knew immediately that something was wrong. I haven’t had my period for three years now.

I have an unusual gift of sorts. I win things. No kidding. Last night I won a book at a writer’s group, a book I had been salivating over but hadn’t been able to afford. I can’t tell you how many times this has happened. They’re usually small, not terribly valuable things, but I win. When I was still in school, I won not one, not two, but three hats using different family member’s names from a local radio station that I never bothered to go claim. I just enjoyed winning.

“Dr. will be right in,” the nurse says.  Why do they do that, pretend that “Dr.” is her name and not Rhonda, pretend that those two little letters will help me forget that her husband coaches my Todd in soccer.

I always enter food contests, because I care about food: my father was a chef. I’ve won a ton of restaurant gift certificates, and even a couple of those “a year’s supply of —.” Once it was for a diet soda I turned out to hate and ended up donating to our local food pantry; the other was for a year’s supply of snack cakes. By year’s end Robert and I were both up ten pounds. Well, he was only up eight, as he loves to remind me.

One time another radio station was having a “spin the wheel” contest. I actually got up to it and said, “Why not? I win things,” spun, and won a t-shirt — a hideous red t-shirt with the radio station’s logo on it.  I refused to wear it, but Hubby wore it with pride, big country emblem and all.

It’s a good ten, maybe fifteen minutes that I have been sitting here, my thighs wrapped underneath with this tissue paper like bizarre gift hams.  Am I to be sold by the pound?

I’ve won books, tablets of paper, gift certificates and free coupons for French fries and ice cream cones, a big bag of office supplies from our local library.  I’ve won a book bag and a party sub, among other, now forgotten items.

I’ve won a faithful, good, husband and two typical, seemingly healthy and normal”ish” children. While until now I wouldn’t have highly praised my life, faced with the alternative, suddenly everything is precious.

Hubby just laughs and says “of course” when I win.  He pretty much expects it.

The funny thing is, I don’t try to win all that often.  I submit maybe ten entries a year to contests, sometimes more, sometimes less, but my odds of winning seem to be automatically higher than others.’

“Diana, hi, nice to see you.  How are the kids?” Rhonda, I mean, Dr. asks as she washes her hands.  I don’t answer, just stare at her, urging her to tell me, dammit, tell me.

I don’t believe in luck so it’s not that.  I’m not sure God is smiling on me just because I come away with another lighted key chain.

Maybe my winning streak is just coincidence.  Maybe I’m just signing up or phoning in to contests no one else is interested in.

“It’s cervical cancer,” she says when she sees I am not interested in small talk. “Advanced.” She talks about what stage I am, treatment options. I nod even though I hear none of it. Surely she’ll give me a pamphlet at the end.

The Prize Winner of Defiance, Ohio is one of my favorite movies, of course, and the film made me nostalgic for those contests I’ve never entered and never will be able to since they’ve discontinued contests of skill pretty much in favor of “luck of the draw.”  I would like to think that I could also win skillful contests if I put my mind to it. Jingles, ads, puzzles. I’m clever.

“Thanks,” I say, and I get up and leave the room in my underwear without letting her tell me anything else.  I am too pissed to be polite.  Soon I won’t need clothes.  Clothes are for those planning on living. I’ve won the ultimate prize now: a lifetime supply of cancer, no expenses paid.

Often I seem to have a sense about when I’m going to win and when I’m not, if it’s an on-the-phone-right-now kind of contest.  Maybe it’s just wishful thinking. Oh, and don’t think I win because I answer trivia correctly.  No, no.  The contests I’ve won have not relied on skill.  One time it did, I will say that.  It involved knowing, I think, what my true love gave on the fifth day of Christmas, not exactly arcane knowledge.

I get into my car, drive to my husband’s job, stop to put on my long coat before watching the receptionist’s smile melt as she sees my not-for-long face.

To be fair, in entry blanks for contests I put a smiley face or a heart on my folded entry.  Maybe that helps my average.  Maybe.

“Robert,” I say.  “Cancer.”  It is all I need say.  “You can lick this thing!  Look how lucky you are!” Then I tell him the expensive, limited options and soon his expression matches mine.

A couple of days ago I received a little package of strips in the mail to keep your shirtfront from gapping because I entered an online contest.  Cool, but not life changing.
If you think about it though, it’s like Christopher Walken on SNL: “I see a cup of coffee. You’re going to get burned. Not too badly but it’ll hurt.” Not terribly significant, these winnings.

“We’ll go talk to the doctor together, ask her to explain again what can be done,” Robert insists through his tears, but I didn’t like the odds I saw in her eyes.

If I have this gift, hey, why can’t it be all the way, like Publisher’s Clearinghouse all the way?  Too bad it’s not something I can exercise and develop like a muscle.

After all, last week I won Powerball. That’s the only number I matched, the Powerball. So out of the $400 million jackpot I won back four bucks.

He holds me even as I feel myself slip away, winning two years, maybe three, but not remission, not me. Still, I will spin the chemo wheel, for him, for the children. Mostly for me. Perhaps I will, as they say, “beat the odds.” Why not? I win things. 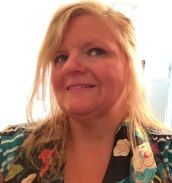 Drema Drudge is a 2013 Spalding MFA in Creative Writing graduate. Her work has been most recently published in The Louisville Review, Penumbra, Woolf Zine, and Under the Sea. She’s writing her second novel and is represented by Lisa Gallagher of DeFiore and Co. Literary Management. Drema blogs at dremadrudge.com.